A social vaccine to fight epidemics

The risk of epidemics increased in the last decades, and outbreaks of infectious diseases – such as Covid-19 — can happen again. If this is the case, trust in others and in institutions can be a first, social vaccine.

Countries worldwide adopted basically two models to face the Covid-19 pandemic. The main difference between the two models is the role of people’s involvement and cooperation : the first one appeals to fear of sanctions and coercion ; the second one focuses on cooperation and responsibility towards others. The first one imposed long and strict lock-down measures, while the second one leveraged on people’s public spirit and responsibility.

The degree of stringency of the adopted policies plays a major role in shaping the social, economic and psychological consequences of epidemics. Although both models were effective in limiting the spread of the virus, they imposed very different tolls on people’s freedom, confidence in institutions, and sense of social cohesion. 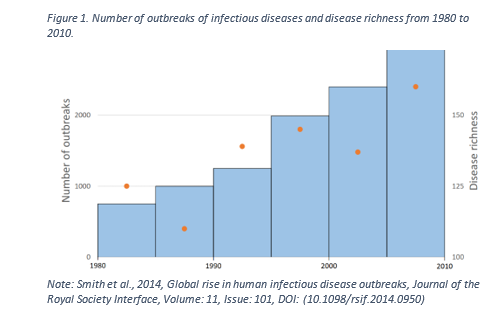 Interestingly, policy stringency correlates with the level of trust in others and in institutions (as measured in 2016) prevailing in a country [1]. This finding is independent from a number of possible confounders. Moreover, less stringent policies did not prevent to effectively tackling the pandemic : high trust countries reported lower mortality, fewer new positive cases and the number of new infections declined faster (after the peak) than in countries with less trust. Similar results have been also confirmed in previous studies on epidemics such as SARS, Ebola or the Swine flu.

A study conducted by STATEC Research, with the support of the FNR, revealed that trust is a robust correlate of compliance with Covid-19 containment policies[2]. Compliance, that is people’s adherence to the prescribed behaviors, is very important to contain epidemics. Low compliance hampers the efficacy of public measures to limit contagion, and leads to increased health-care costs and substantial delays during which viruses can mutate. A second study by STATEC Research, also supported by the FNR, adds that in Luxembourg trust in the government is a key determinant of the adoption of contact-tracing apps . These technologies successfully contributed to limiting the spread of Covid-19 in countries such as Korea, Singapore and Taiwan.

Trust cannot prevent epidemics, but it can improve the efficacy of the policies to contain them . Trust is fundamental to ensure cooperation and solve collective problems, such as epidemics. Except for vaccinations, the alternative to stringent policies is made of individual actions (social distancing, wearing masks in public, disinfecting hands) whose efficacy requires a joint effort, responsibility towards others, and cooperation to achieve shared goals. This is possible if people trust that others, public authorities, science, and media will do their part in a collective effort. Trust in others and in institutions is declining in many western countries (Luxembourg is an exception). However, it is possible to re-build the social fabric that connects people by re-thinking the way education, work, health and cities are organized. Promoting trust in others and in institutions can be the first, social vaccine against epidemics.

[1] The paper focuses on 20 European countries during the first pandemic wave, and it is available here : https://mpra.ub.uni-muenchen.de/105035/ [2] htts ://econpapers.repec.org/paper/usiwpaper/858.htm